Rudolf Zauner has headed up the hydrogen programme at VERBUND, Austria’s leading energy company, since 2017. The process engineer and chemical engineer holds a PhD and is responsible for the coordination of national and international projects to do with green hydrogen.

Green hydrogen is one of the keys to unlocking a clean energy future. An analysis of the opportunities for industry and transport, sticking points and current pilot projects

Whether growing food, manufacturing goods or in the mobility sector: almost all processes of our daily life generate CO2. Many of these emissions can be avoided with direct electrification. Others come from sectors with limited possibilities – such as industry or heavy goods traffic. How can the decarbonisation of these sectors be a success? A real chance is offered by green hydrogen (H2).

One substance for many sectors

Green hydrogen is a game changer for the energy future. The zero-emission energy source is obtained from water and green electricity, and opens up many areas of application: it can be used as a gas in industrial processes or as a fuel for vehicles. It is therefore mainly suitable for so-called “hard to abate” or “hard to electrify” sectors – such as the steel, cement or chemical industries. In the transport sector, green hydrogen can be used additionally to electromobility. This includes long-distance transports, shipping and aviation. The energy source can also be used to store electricity generated from wind or solar power. It increases the flexibility in the energy system and can be transported over long distances.

“The fact is: without green hydrogen, the energy transition is unfeasible. Tried and tested technologies- depending on the country- only hold out the prospect of decarbonisation up to a maximum of 60 to 90 percent "

Its properties allow this versatile energy source to be used as one of the keys for achieving Europe’s goal of climate neutrality by 2050. The fact is: without green hydrogen, the energy transition is unfeasible. Tried and tested technologies – depending on the country – only hold out the prospect of decarbonisation – or more correctly defossilisation – up to a maximum of 60 to 90%. To achieve 100%, new approaches using renewable energy sources such as green hydrogen are needed.

At VERBUND, we’ve spent years working on making green hydrogen fit for the energy future. As the leading generator of electricity from hydropower, we are in a position to produce hydrogen from green electricity. Back in 2017, we installed Austria’s first PEM electrolyser together with voestalpine and Siemens. Since then, we’ve been researching the use of green hydrogen in steel production in the flagship project H2Future.

Much has happened in the meantime and many countries have published detailed hydrogen strategies. For example, the EU climate targets imply the need for around 125 megatonnes (Mt) of green hydrogen by 2050. The EU Green Deal offers an investment framework of up to 100 billion euros. The individual member states are doing their part: Germany has already published its ambitious hydrogen strategy; Austria’s is expected to be revealed before the end of 2021.

All signs are pointing to H2 outside Europe as well: China wants to strongly advance fuel cell vehicles, supported by state subsidies. Japan is striving to attain world market leadership by 2030 through the establishment of an international hydrogen supply chain. Saudi Arabia and the United Arab Emirates see the clean energy source as a way to reduce their dependency on oil. The USA is initially focusing on blue hydrogen. Like grey hydrogen, this is obtained from fossil sources – but the CO2 produced is separated and stored and is therefore not released into the atmosphere.

Regulators and transport as the sticking points

The question of “whether” is no longer applicable to the subject of green hydrogen – today, the discussion is about “where” and “how much”. Because the technology is (still) not economically viable. For example, production costs currently amount to 4 to 7 euros per kilogramme. By comparison: grey hydrogen varies in cost between 0.8 and 1.5 euros per kilogramme. (Source: IEA, The Future of Hydrogen, 2019). No wonder that the latter covers the majority of global demand amounting to about 74 Mt per year. This amount and much more will have to be covered by green hydrogen in the future. General economic viability will be seen only in the medium term, in five to seven years’ time, and depends heavily on regulatory frameworks.

Another challenge is transport: for as long as no centralised infrastructure is available, hydrogen will preferably have to be produced decentrally near to consumers. However, there are limits to the extent that local production can be implemented in countries like Austria. That makes imports necessary. International efforts are therefore needed at every stage of the value chain to cover the international H2 requirement for the energy future.

Pilot projects for the future

This mission also spurs us on at VERBUND. Together with partners from industry and science, we are engaged in innovative pilot projects and commercial projects of various sizes. The bandwidth ranges from the creation of a European H2 value chain (Green Hydrogen @ Blue Danube) to the development of new technologies for the production of green hydrogen (Hotflex/HyTechonomy) to the local generation of hydrogen for the operation of a railway (H2Zillertal).

VERBUND also focuses on transporting H2: with our subsidiary Gas Connect Austria, we are creating the necessary infrastructure for this – for example, we are already using or converting existing natural gas lines. In addition, we are exploring new ways to use green hydrogen. For example, in the C2PAT project, where we are helping to develop methods for the manufacture of renewable plastic using hydrogen as a key component.

Is the energy transition feasible? Yes – and green hydrogen is an important piece of the puzzle. The figures bear this out: the Hydrogen Roadmap Europe assumes that green hydrogen will make a significant contribution to decarbonisation before 2050 (Source: McKinsey, 2019). It is now up to all of us to take the next step: if we succeed in getting innovations up and running and creating the right political framework conditions for green hydrogen, a liveable energy future will be within our reach. 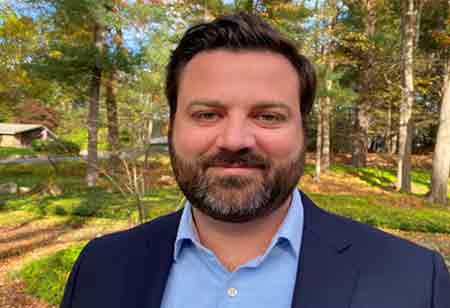 Time and Money: A Framework for Technology Management The Overlooked Option for Energy Storage How Gasification Technology Can Help in Biomass Conversion for Bioenergy Generation 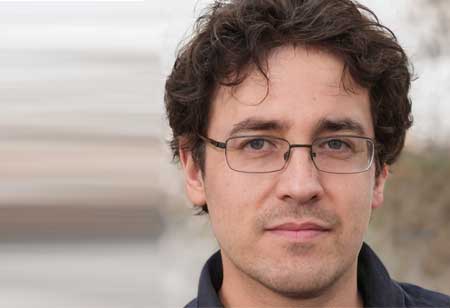 Advantages and Challenges of Using Bioenergy Modernizing Instrumentation and Control Systems in the Digital Era